I have completed reading “Fifty Shades Of Grey” and have relished the book to the core. This book is obviously reminding me of one person in particular but again as Christian Grey has Fifty Shades, it reminds me of a little bit of every man in my life. I know I haven’t played  a fair game but again, what game is interesting if no cheating done…?

Today, we are going to discuss about the oh-so-main-topic-of-Ashmita-Chatterjee’s-blog! LOVE!

The bookish characters are not real. I used to think as a teenager, that these HEROES from the novels and movies are REAL and one day I will find my Knight in the Shining Armor. But now, when I myself make up Characters and write stories, I know how we build up the characters, who are the most imperfectly perfect. To be very frank, I still think of my Ex-guy while making up a character in my stories. Teenage love matters!

I really wish, Ignoring was a type of Showing Love. I do that, and I get that most of the time. It’s difficult to love someone who is  busy to the core and goes to work on a Saturday as well. Workaholics are cute, but they need to take out some time for their lovers. Some say, that Ignoring is the best way to show love but it should be face-to-face ignoring.

Another thing that I have noticed in lovers, these days are – too much of casual relationship. I was talking to my cousin and she told me that over the weekend she met her boyfriend’s ex. And she was quite cool with it (that is what she says). I would have fried up like a burnt onion ring if I would meet my boyfriend’s ex, who would hug him and kiss him on the cheeks and my boyfriend would blush while talking to her. I am so not the SO-CASUAL person. I think an ex is an ex is to be considered as an Ex. Maybe I am wrong, but again jealousy would prevail in me if that happens.

Trust is something that is lacking in couples these days. If I happen to tell my boyfriend that I am with my friends and I am busy, but in reality, I am in no mood to meet him and I am lying on my bed with one of my mood swings. But again, I am lying to him and at times he does it as well, I guess. I never trust people, easily. And I don’t expect people to trust me as well. I am not trustworthy. I know it’s the worst thing to say on my blog, but I believe in telling the Truth on my blog – at least. Todays generation needs more of trust and truth in the relationship that we have. 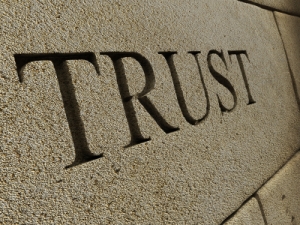 Commitment. Boy, this is the biggest weakness for me and for the boys and men I have dated in my life (till now). I am scared of commitment, but I want it. I hate a guy who wants to get committed, but I don’t like the one who doesn’t want to be. A commitment not only in love but also in real life is a weakness for me. I had committed to write every day but again my work doesn’t permit me to do so. And so I have lost hope of committing things to myself. But when it comes to relationship commitments. I am good at keeping them only till the level doesn’t suffocate me. Texting every day – Kool! But that means a quick reply. I have met guys, who were too committed to the relationship they had with me but trust me, those relationships didn’t last for more than two dates (that too in Mc. Donald’s). I have also met the guys – actually well matured men, who had commitment issues like me and it really went well with them. I have seen around and I have seen lovers getting married and spending their lives together. I wonder – HOW? 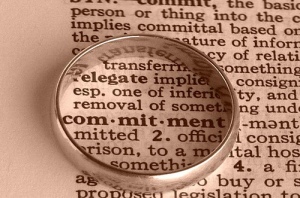 Well I wanted to write more but my not-so-sweet-brother is standing on my head (not literally) but you know how nasty brothers can be. And hence, I would like to resign for now. And get back to my lunch and book and get a quick nap. By the way I would get my promotions result tonight – this would be just the Assessment Results. If I clear this today, I would be going for the OJT and Certification and then I would be promoted as a Mortgage Post Close Underwriter! Sounds boring…? Fun…? Well will let you know about it Later!

Let Your Friends know Too...

Ashmita Chatterjee is a Creative Writer/Blogger from Mumbai. She is an Enthusiast, Straight Forward girl who has found joy in Writing Blogs. Ashmita is a Loud Creator of Amazing Blogs, Short Stories and Erotica at Chaoticsoulzzz! She started her blog in 2011. When Ashmita is not being very busy, she can be found Writing, Reading, Eating, or Recklessly Travelling with her loved ones. She is known by the name of @chaoticsoulzzz on her Twitter and Instagram. View all posts by Chaotic Soul

This site uses Akismet to reduce spam. Learn how your comment data is processed.

Blogging from A to Z April Challenge – Ongoing

The Chaotic Soul - Unleashing the Writer Within by Ashmita Chatterjee is licensed under a Creative Commons Attribution 3.0 Unported License.