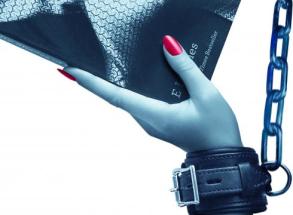 The oomph Book of the year!

Writing something sarcastic isn’t something people expect from a blogger. Or do they? Well, I have 70% sarcasm filled in me, 15% alcohol, 5% water and 10% blood! Okay not literally but these are just figures. So how have the weekend been so far? Mine was pretty much a good Saturday – spent time with my BFF – shopping for her birthday, trying on dresses – almost had a cat fight at the trial room with a girl, but thanks to S the other girl was saved from my cruel and harsh words and good and EVIL looks from me that would have put her on my feet to say Sorry like a ten thousand times! (Yes I was that angry)

Well anyway the topic isn’t on how angry I was but it is the topic that blazes like fire in India. You must’ve heard these words at some point of your life: ‘It’s your fault!’ or something harsher like: ‘Well wearing such dresses will instigate the world outside’ or something even worse. These words don’t just come from the mouth of the politician’s or the politicians’ relatives or the police men or the media but also from our own relatives, friends or worse – parents!

Well there have been many girls of my age who has faced problems like men passing comments on how they look or their size, figure, clothes, skin color, walking style, hair, and n number of things. Is it the girl’s fault that she likes wearing sleeveless? Aren’t the girls who are covered are facing the same difficulty? Well they are…

Let’s take a serious topic in a very sarcastic way and let the human beings who are the culprit take the hint!

What Society says: “You are showing off your hands. That possibly means you want people to look at your arms and comment. Later don’t cry and say that they commented looking at you. You asked for it!”

What I have to say: “isn’t a girl who is fully covered and on the top of that wearing a gloves getting comments from perverts too…? Well I am comfortable in wearing sleeveless.”

What Society says: “You are comfortable wearing it and people are comfortable looking at you and commenting on it. If you are showing so much of your legs what do you expect men to do…? Sit and do nothing? Well they will take the first step.”

What I have to say: “Yeah right! Which means a guy roaming with his shorts on is eligible to get raped too??? Owww… sorry! I forgot rules apply only to girls!”

What Society says: “Work in the night! You mean to say you are out of the house in the night? You mean you work for a CALL CENTER!??! All these things give wrong signals to guys. A girl who is working in the night is comfortable doing anything, right?”

What I have to say: “I didn’t know that call centers employees do ANYTHING at night! Do you remember that your son is not working anywhere! Ohh actually no one ever hired him! Well no wonder you think I earn more than 20K by doing anything!!!”

What society says: “Talking to boys and being friends with them will sooner or later bring ‘WRONG THOUGHTS’ in their minds for the girl! It’s a normal Human Tendency. It’s not their fault.”

What I have to say: “Ohh! My school wasn’t correct I think. They always told me that girls and boys both are human beings. I now know that only boys are, because they are the only species who have NORMAL HUMAN TENDENCIES when a girl is a friend. Are you sure it’s called Human Tendencies or is it called Sexual urges??? Ahh well doesn’t matter!”

What society says: “you read one of those 50 shades and books on all those stuff and then you expect boys to respect you?”

What I have to say: “At least I read and gain some knowledge and strengthen my vocabulary rather than those who sit in front of the PC with their hands down and headphones on!”

Actually yeah its all the Women’s fault to be so nice and good.  Rather let’s show the world the women power and put a duct tape on the mouth of the people who are a part of the society who thinks: “Its your fault”.

Well I could have written so much more but I have got this bad headache I don’t know from what the beer I had almost 7 hours ago or the computer screen that I have been staring at since the last 6 hours!  I guess being sleep deprived isn’t on the cards today…

By the way I have had a happy realization moment today while shopping. It is July already and there is just August and September left for Durga Puja to begin. I need to start shopping for Pujo…

Let Your Friends know Too...

Ashmita Chatterjee is a Creative Writer/Blogger from Mumbai. She is an Enthusiast, Straight Forward girl who has found joy in Writing Blogs. Ashmita is a Loud Creator of Amazing Blogs, Short Stories and Erotica at Chaoticsoulzzz! She started her blog in 2011. When Ashmita is not being very busy, she can be found Writing, Reading, Eating, or Recklessly Travelling with her loved ones. She is known by the name of @chaoticsoulzzz on her Twitter and Instagram. View all posts by Chaotic Soul

One thought on “Women: It’s your Fault”

This site uses Akismet to reduce spam. Learn how your comment data is processed.

Blogging from A to Z April Challenge – Ongoing

The Chaotic Soul - Unleashing the Writer Within by Ashmita Chatterjee is licensed under a Creative Commons Attribution 3.0 Unported License.